Media is very important for Trans Visibility and Trans Advocacy, without media it would be impossible to reach a broader audience to help with education, advocacy and understanding for my community. Media, Public Image , Advocacy and Charity make a wonderful team when used for good.
Through writing articles, public appearances and community work my good public profile and reputation enables me to get things done quickly and efficiently for my community through the confidence of a broad network of allies developed over many years.

The Unsung Heroes of Marriage Equality by Sally Rugg for Junkee

Trans Day of Remembrance by Katherine Wolfgramme for Star Observer 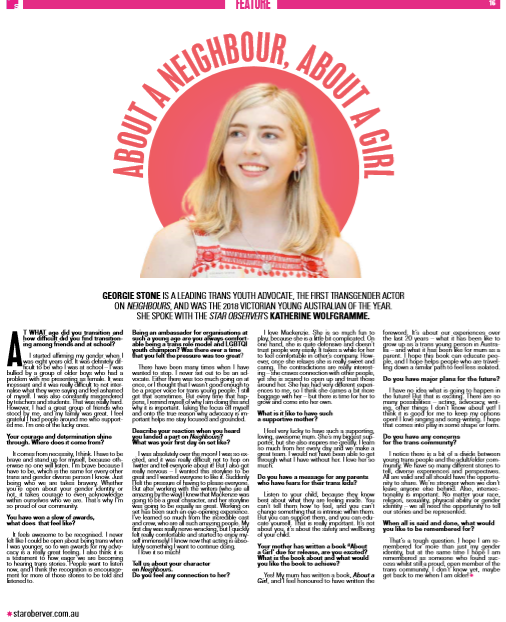 Town to be painted on Wear It Purple Day – Hepburn Advocate

Video about the inaugural Trans Day of Remembrance Candlelight Vigil at Taylor Square which I initiated and organised for Trans Sydney Pride and The Transgender Community of Sydney. November 20, 2016.

My Public Invitation to the Inaugural Candlelight Vigil at Taylor Square

My legal action against a transphobic slur

Article about my appearance in a marriage equality campaign video

The Daily Telegraph – My legal action against a transphobic slur 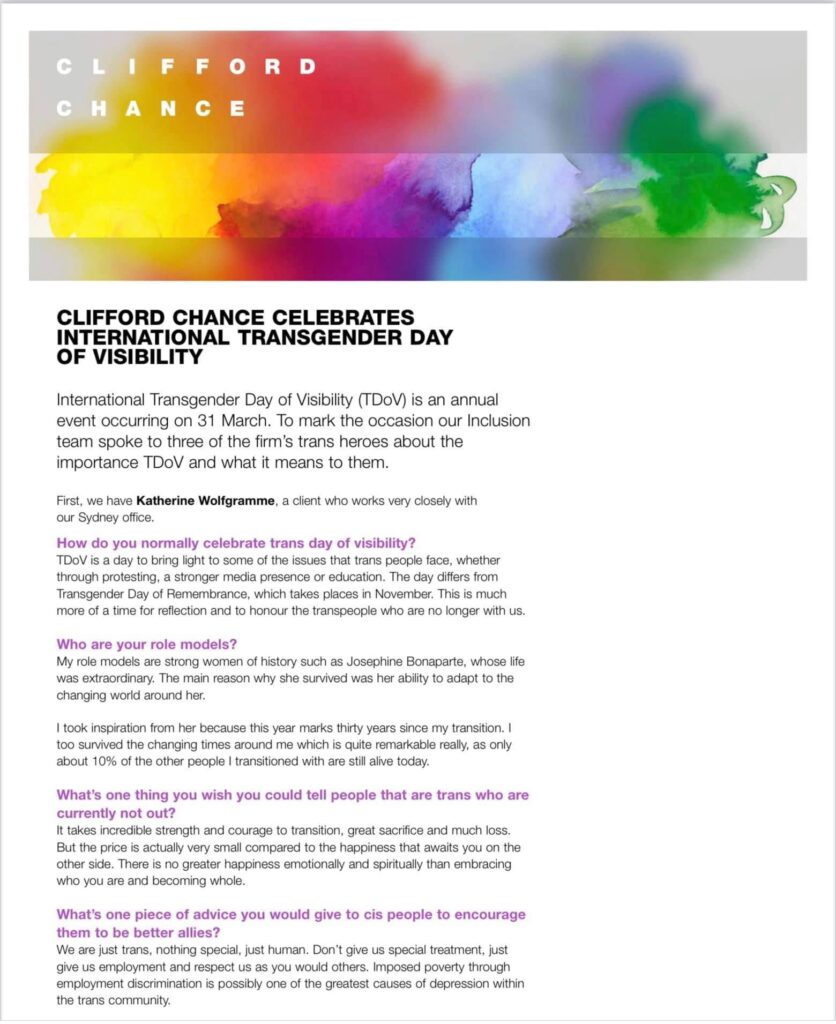 Planet Transgender interview about my legal action against the use of a transphobic slur.

Putting The Team In LGBTI – a piece written by me the author, for Sydney Star Observer

Interview in The Hepburn Advocate 2016